Abyssinia is an old African Empire that historically spanned the geographical area of present day Ethiopia and Eritrea. It began with the Establishment of the Solomonic Dynasty by Yekuno Amlak from approximately 1270 and lasted until 1974 when Emperor Haile Selassie was overthrown in a coup d’etat by the Derg. The empire managed to develop and preserve a kingdom based on its ancient form of Christianity. 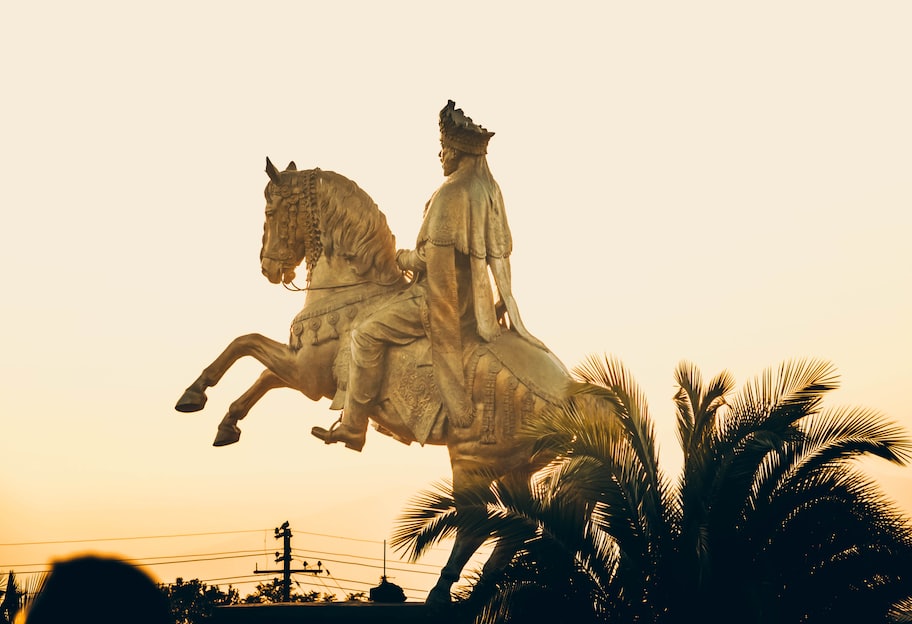 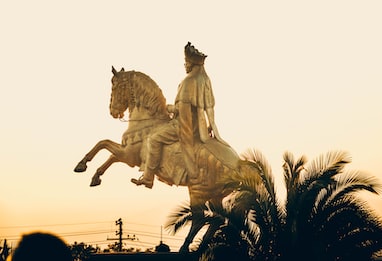 Abyssinia is an old African Empire that historically spanned the geographical area of present day Ethiopia and Eritrea. It began with the Establishment of the Solomonic Dynasty by Yekuno Amlak from approximately 1270 and lasted until 1974 when Emperor Haile Selassie was overthrown in a coup d’etat by the Derg. The empire managed to develop and preserve a kingdom based on its ancient form of Christianity.

The empire was founded in 1270 by the Solomonic Dynasty nobleman Yekuno Amlak replacing the Agaw kingdom of the Zagwe. While initially a rather small and politically unstable entity, the Empire managed to expand significantly under the crusades of Amda Seyon I and Yeshaq I, temporarily becoming the dominant force of the African Horn. Yeshaq's reign was however challenged by Sultan Jamal ad-Din II which led to Yeshaq's death. Under the rule of Zara Yaqob, the Hadiya Sultanate was invaded by Ethiopia and the captured Hadiya princess Eleni converted to Christianity leading to her marriage to Zara Yacob. Muslims in the region as well as Adal Sultanate rejected the marriage alliance and repeatedly invaded Ethiopia, finally succeeding under Imam Mahfuz. Mahfuz's ambush and defeat by Emperor Lebna Dengel brought about the early 16th-century Jihad of the Adalite Imam Ahmed Gran, who was only defeated in 1543 with the help of the Portuguese. Greatly weakened, much of the Empire's southern territory and vassals were lost due to the Oromo migrations. In the north, in what is now Eritrea, Ethiopia managed to repulse Ottoman invasion attempts, although losing its access to the Red Sea to them.

Reacting to these challenges, Ethiopia started to expand westwards, conquering the Lake Tana area and much of Beta Israel territory in Begemder. In the 1630s Emperor Fasilides founded the new capital of Gondar, marking the start of a new golden age known as the "Gondarine period". It saw relative peace, the successful integration of the Oromo and a flourishing of culture. With the deaths of Emperor Iyasu II (1755) and especially Iyoas I (1769) the realm eventually entered a period of decentralization, known as "Era of the Princes". The Shewa region de facto seceded and constituted a kingdom of its own, while within the Empire, regional warlords contested for power, with the Emperor being barely more than a mere puppet.

Emperor Tewodros II (r. 1855–1868) put an end to that state, reunified the Empire and led it into the modern period before dying during the British Expedition to Abyssinia. His successor Yohannes IV engaged primarily in war and successfully fought the Egyptians and the Mahdists before dying against the latter in the Battle of Gallabat in 1889. Emperor Menelik II, now residing in the recently founded town of Addis Ababa, continued and concluded the policy of expansion of his predecessor, subjugating many people and kingdoms in what is now western, southern, and eastern Ethiopia, like Kaffa, Welayta, Aussa, and the Somali Huwan people. Thus, by 1898 he gave Ethiopia the geographical extent it has today. In the north, he was confronted with an expanding Italy. Decisively defeating it at the Battle of Adwa in 1896 using imported modern weapons, Menelik ensured Ethiopia's independence and confined Italy to Eritrea.

Later, after the Second Italo-Ethiopian War, Mussolini's Italian Empire occupied Ethiopia and established the Italian East Africa, merging it with neighboring Eritrea and Italian Somaliland colony to the south-east. After World War II, the Italians were driven out of Ethiopia with the help of the British army. The Emperor returned from exile and the country was one of the founding members of the United Nations, and in 1962 annexed Eritrea. However, the 1973 Wollo famine, domestic discontent, and the independence war in Eritrea led to the fall of the Empire in 1974.

By 1974, Ethiopia was one of only three countries in the world to have the title of Emperor for its head of state, together with Japan and Iran under the Pahlavi dynasty.