Oloiboni Olonana (paramount Chief Lenana) was born in 1870 and later became a brave warrior between 1881 and 1905 after he had been initiated into the Italala age set before succeeding his father Mbatian as the Oloiboni of the Maasai community in 1887. 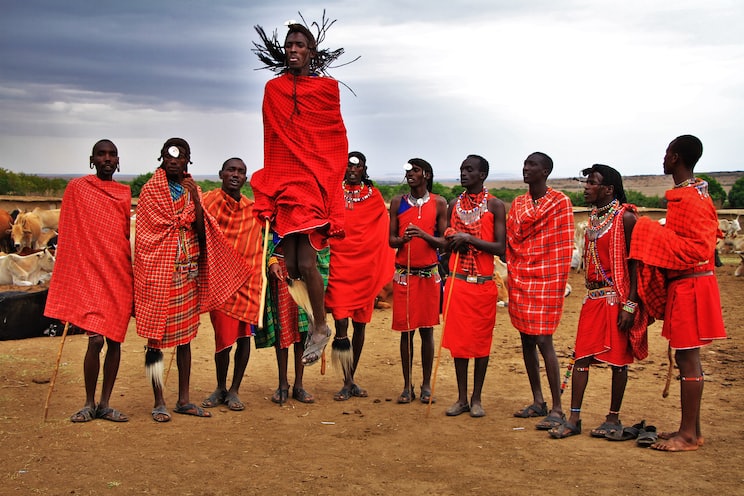 Oloiboni Olonana (paramount Chief Lenana) was born in 1870 and later became a brave warrior between 1881 and 1905 after he had been initiated into the Italala age set before succeeding his father Mbatian as the Oloiboni of the Maasai community in 1887.

Born in a prophetic lineage of the Inkidong’i group, Oloiboni Olonana belonged to the Ilaiser clan and was the only son from Mbatian’s marriage with his mother who is said to have been from the Ilkaputiei section. Documents retrieved by Kioki from the National Archives show that Olonana died at Kiserian on March 7th 1911 at 3 pm and his body was later carried by a donkey to the foot of Ngong Hills where it was buried.

It is written that during his childhood, Olonana spend more time in his mother’s house, helping her with chores as was required of him and in the process, she taught him how to respect his seniors. Following her advice, he became respectful to all and grew up a peaceful young man in accordance with the Maasai customs, getting officially appointed the Paramount Chief of the Maasai at Kajiado by the British administration in 1898.

He also inherited the role of the medicine-man from his father, although his brother Sendeu ole Mbatian, the favourite son of their father Mbatian had been widely expected to be his successor. Sendeu, Olonana’s elder brother from a different mother, is said to have requested their father Mbatian to bless him with leadership powers and was told to come the following day to go through the ritual that would have enabled him to become the Oloiboni. He was to be given the medicine man’s insignia but Olonana who was nearby at the cowshed overheard the discussion and pulled a fast one on him, by rising up early to go and meet his ageing and frail father who was partially blind for the blessings. He unknowingly blessed Olonana and gave him the medicine man’s insignia, the iron club, the medicine horn, the gourd, stones and his bag thinking he was Sendeu. Sendeu later visited their father and after learning what had happened, became so furious and promised to do all he could to kill his young brother. Sounds weirdly biblical yah? Like that story of Jacob and Esau. Storytelling huh?

Anyway, he was so determined to kill his brother after the succession that when Oloinana died, it was said Sendeu used his wife to kill him. Olonana was however endorsed by the majority of the Maasai clans except for the Loitai who recognized Sendeu as their Oloiboni, but that was not the end of the Sendeu – Lenana power struggle.

Before his death, Mbatian made a prophesy warning the community to change their grazing fields or otherwise, all their cattle would be killed by strange flies. “The community will first see flies which make hives like bees, then wildebeests will die followed by cattle,” a premonition that came to pass when the flies infested the area, making the community lose thousands of animals to the disease he predicted.

Mbatian also foretold the coming of the Europeans and urged Olonana to make peace and be friendly with them, a prophesy that was also realized as evidenced by the many meetings he held with local British administrators. The colonial administration also helped him deal with the problematic Sendeu, when they relocated the brother and his minders to Samburu and later Loita in Narok County after Olonana complained that the elder brother had bewitched him.

The collaboration between Olanana and Francis Hall of the British Imperial East Africa Company flourished in the wake of seeking to confront common enemies and trade ties. In years that followed though, the Maasai would concede their lands to the British through a series of bogus agreements which reduced his usefulness to the British and consequently his powers as Paramount Chief of the Maasai.

Lenana’s legacy lives on in through the naming of one of the Peaks of Mt Kenya after him.