Shaka was born in the lunar month of uNtulikazi (July) in the year of 1787 near present-day Melmoth, KwaZulu-Natal Province, the son of the Zulu chief Senzangakhona. Spurned as an illegitimate son, Shaka spent his childhood in his mother's settlements, where he was initiated into an ibutho lempi (fighting unit), serving as a warrior under Dingiswayo. 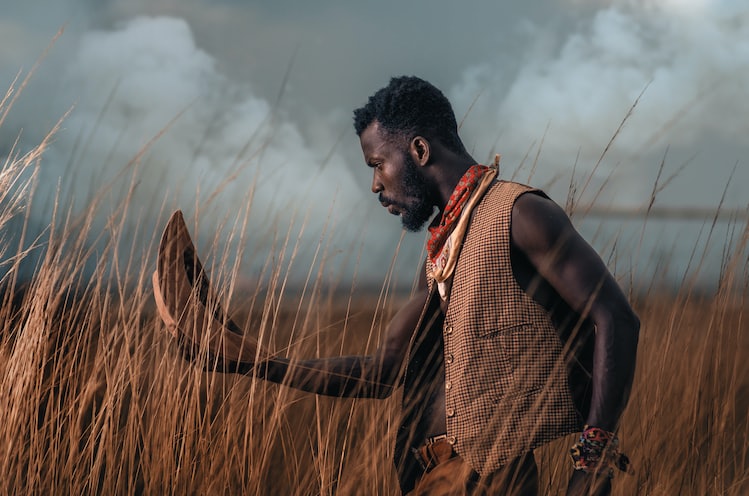 Shaka ka Senzangakhona (July 1787 – 22 September 1828), also known as Shaka Zulu and Sigidi kaSenzangakhona, was the founder of the Zulu Kingdom from 1816 to 1828. He was one of the most influential monarchs of the Zulu, responsible for re-organizing the military into a formidable force via a series of wide-reaching and influential reforms.

Shaka was born in the lunar month of uNtulikazi (July) in the year of 1787 near present-day Melmoth, KwaZulu-Natal Province, the son of the Zulu chief Senzangakhona. Spurned as an illegitimate son, Shaka spent his childhood in his mother's settlements, where he was initiated into an ibutho lempi (fighting unit), serving as a warrior under Dingiswayo.

When Senzangakhona (Shaka's father) died in 1816, Shaka's younger half-brother Sigujana assumed power as the legitimate heir to the Zulu chiefdom. Sigujana's reign was short, however, as Dingiswayo, anxious to confirm his authority, lent Shaka a regiment so that he was able to put Sigujana to death, launching a relatively bloodless coup that was substantially accepted by the Zulu. Thus Shaka became Chief of the Zulu clan, although he remained a vassal of the Mthethwa empire until Dingiswayo's death in battle a year later at the hands of Zwide, the powerful chief of the Ndwandwe (Nxumalo) nation. When the Mthethwa forces were defeated and scattered temporarily, the power vacuum was filled by Shaka. He reformed the remnants of the Mthethwa and other regional tribes and later defeated Zwide in the Zulu Civil War of 1819–20.

When Dingiswayo was murdered by Zwide, Shaka sought to avenge his death. In one encounter, Zwide's mother Ntombazi, a sangoma, was killed by Shaka. Shaka chose particularly gruesome revenge on her, locking her in a house and placing jackals or hyenas inside: they devoured her and, in the morning, Shaka burned the house to the ground. Despite carrying out this revenge, Shaka continued his pursuit of Zwide. It was not until around 1825 that the two military leaders met, near Phongola, in their final meeting. Phongola is near the present day border of KwaZulu-Natal, a province in South Africa. Shaka was victorious in battle, although his forces sustained heavy casualties, which included his head military commander, Umgobhozi Ovela Entabeni.

In the initial years, Shaka had neither the influence nor reputation to compel any but the smallest of groups to join him, and upon Dingiswayo's death, Shaka moved southwards across the Thukela River, establishing his capital Bulawayo in Qwabe territory; he never did move back into the traditional Zulu heartland. In Qwabe, Shaka may have intervened in an existing succession dispute to help his own choice, Nqetho, into power.

Shaka further refined the ibutho military system and, with the Mthethwa empire's support over the next several years, forged alliances with his smaller neighbours to counter the growing threat from Ndwandwe raids from the north. The initial Zulu maneuvers were primarily defensive, as Shaka preferred to apply pressure diplomatically, with an occasional strategic assassination. His reforms of local society built on existing structures. Although he preferred social and propagandistic political methods, he also engaged in a number of battles.

Shaka's reign coincided with the start of the Mfecane/Difaqane ("Upheaval" or "Crushing"), a period of devastating warfare and chaos in southern Africa between 1815 and about 1840 that depopulated the region. His role in the Mfecane/Difaqane is highly controversial. He was ultimately assassinated by his half-brothers Dingane and Mhlangana.