The Luo are the fourth largest ethnic group in Kenya. They speak 'Dholuo' which is part of the Nilotic language group, who are believed to have originated from Sudan and are now settled around the Lake Victoria basin in Kenya and Tanzania. Other Luo groups are found in Uganda, Congo, Ethiopia and Sudan. 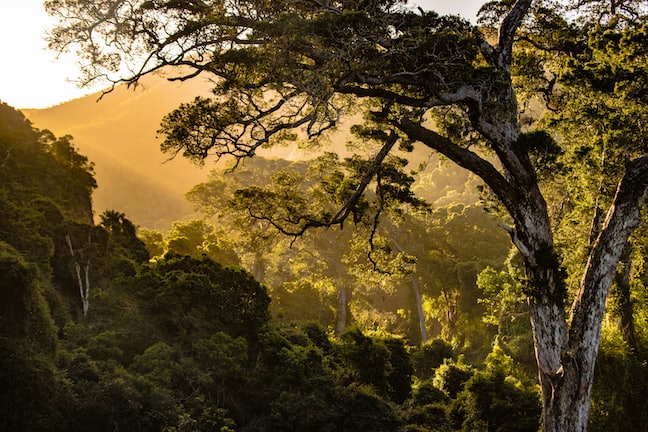 The Luo are the fourth largest ethnic group in Kenya. They speak 'Dholuo' which is part of the Nilotic language group, who are believed to have originated from Sudan and are now settled around the Lake Victoria basin in Kenya and Tanzania. Other Luo groups are found in Uganda, Congo, Ethiopia and Sudan.

The Luo believed in God the creator, Nyasaye, whom they worshipped in sacred places (hembko or hembho). Their sacred shrines, trees, huge rocks, hills and Lake Victoria were associated with the supernatural.

Traditionally, the Luo were organized into exogamous clans consisting of several families and headed by a clan elder. A council of elders were under a supreme chief ('Ruoth') and played the role of advisors to the supreme elder. All Luo leaders wore special regalia and had special items which portrayed their status including headdresses, a spear, special robes, a fly-whisk and a stool.

The Luo initiation was done by removing six front teeth from the lower jaw. The significance of this rite was to test the courage and endurance of both men and women, and also to administer medicine in case of diseases such as lockjaw.

The Luo marriage process happened in phases. When a man spotted the girl he wanted to marry, he sent a few men from his clan to the girl's parents, and they would express his interest. The two families would investigate if there was any blood relation or ancestral connection between the two families, as it is the Luo custom that a man and a woman from the same clan should not marry. After that, a "go-between" (Jagam) would investigate the reputation of both families: if they practised witchcraft or sorcery, or had cases of madness, murder and diseases. Leprosy, epilepsy, sleeping sickness were considered hereditary and were possible grounds to stop a marriage. The groom and his family would then proceed to pay the first bride wealth payment (Angea), which could be money or other gifts, but not cattle. Angea was paid to the mother of the girl, and she would cook a special meal of chicken for the guests. The actual bride price involved an agreed number of cattle. The man would then plan to 'abduct' the girl, either from the market or when she was fetching water. The 'abduction' was of symbol of status and everyone would know the girl was taken.

The Luo have varied relationships with weaponry. Luo shields were made from patches of cowhide with skin strips and thongs sealed with honey, blood and wax. They had a wooden rim and handle. They were used in fighting and in ceremonies like TERO BURU, which is performed after the burial of an elder. Shields had three major socio-cultural applications: as defensive tools against attacks, used in mock fights (when village boys scrambled to take the initiates home) and in song and dance during traditional funeral ceremonies.

The Luo believed that the dead joined the spirit world where they still had an influence on living relatives. They could either be happy or sad evil spirits who would cause calamities until they were appeased. Hence, the living accorded them a decent send-off and prepared them to be ancestors. The burial ceremony included rites of mourning, dancing and slaughtering of animals.

Witch doctors or medicine men were important in the Luo community. Cobra bones were used for healing effects. The backbones of a cobra were arranged in a chain form and sold by a witch doctor as medicine for a sick person. The pieces were sold one by one, burnt, and the ash was used to relieve pain. The area where one was experiencing pain would be cut with a blade and rubbed with this ash.

Cobra bones were also tied around the waist when travelling in the bush for protection against being attacked by a cobra. The witch doctor would go into the bush to search for cobra bones, and if he could not find any he ordered the hunters to kill one and sell it to him.

The Luo were originally a pastoralist and fishing people. Men and women would go fishing along the rivers and Nam Lolwe (Lake Victoria). They created fishing traps from the "Modhno" plant (a type of grass) which is found abundantly in the lowland region. Today, the Luo have adopted agriculture due to the fertile soils and abundant rainfall around the Lake region.

The Luo have unique traditional music that plays a functional role in their lives. Traditional musical instruments include drums, rattles, horns, the Abu and stringed instruments like the Nyatiti. They play music at all important events. During funerals, Luo music is played to pay tribute to the deceased as well as consoling the family. Traditionally, diviners and medicine men also used music to invoke rain, chase away evil spirits and heal the sick.